What to Know Before You Go

What to Know Before You Go

You’re off to Australia – an exciting country, full of opportunities for adventure.  You’ve seen the pictures, you’ve looked at the maps, now it time to know what you really need to know before you go. The weather is diverse

Australia has camels and penguins.  They don’t live together (which could be fun), they live thousands of kilometres apart.  Australia has deserts, tropical rainforests and cool maritime climates so you’d better be prepared with appropriate clothing.  The south of Australia, especially Victoria and Tasmania can get cold, even during summer, so a jacket is always a good idea. 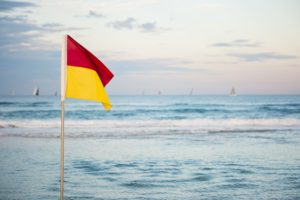 The sun is hot – very hot

In Europe the sun is yellow, in Japan it is red and in Australia it is white.  The sun in Australia is different and warrants particular care.  In the middle of summer, you will be burnt within 15 minutes without sunscreen.  In fact, children cannot play at school without a hat.  And redheads have been know to have burst into flames.

Bring sunglasses, a hat and long shirts.  Don’t sunbath unless you want to turn red.  Go to the beach early or late in the day to avoid the worst UV.

If you’re outside in the summer heat, it is recommended that you drink a litre of water every hour.  Beer and coffee don’t really count!  The rule of thumb: if you’re thirsty, you’re already dehydrated.  Water, anyone? 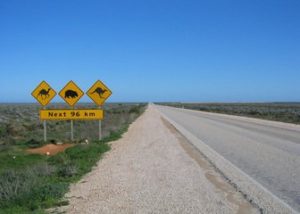 Yes, Australia is famous for dangerous animals.  And yes, you’ll be safe.

Avoid snakes by staying away from long grass and sand dunes.

Don’t swim in unknown Billabongs in the Northern Territory.

Keep your finger out of dark spaces to avoid spiders… actually, this is a good rule in general.

Australia is one of the most urbanised countries in the world. Despite our reputation for crocodile catching in the Outback, we’re more likely to be grabbing a cappuccino and catching a movie.  You can have most of Australia to yourself, which can be a very good thing if you are properly prepared.

Quarantine and customs are strict

Australia’s isolation has stopped a large range of plants, insects and diseases from arriving.  And Australian customs are keen to keep it that way.  If you bring untreated wood, seeds or fresh food from overseas, you must declare them.  If customs suspects that they could introduce something unwanted into Australia they will take them and incinerate them.

If you’ve been on a farm or rural area in a tropical country and have mud on your shoes, you might have to wash them at the airport.

Taking fruit from one state to another is also not allowed.  The country is so big that animals and insects are isolated to certain areas.